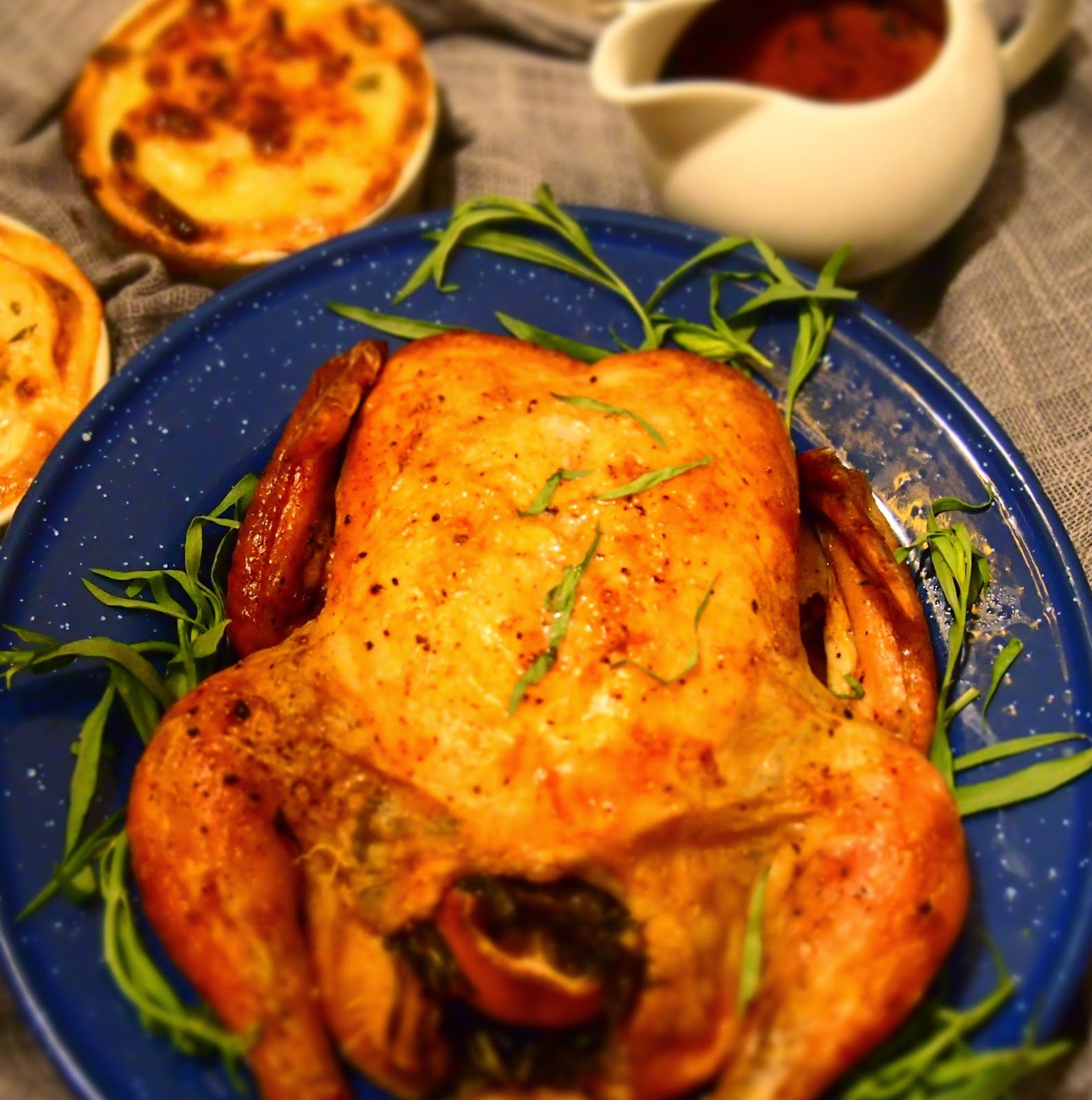 I think that of all the herbs out there, tarragon has got to be the most exquisite and aromatic of them all. It isn't as versatile as other herbs but that’s just fine because it knows what it’s good at. When paired with particular ingredients, tarragon transforms them into something extraordinary and magical.

Last night I was going through some tarragon withdrawal. I was missing the scent of tarragon wafting through the house so I decided to prepare a classic French dish that is a perennial favourite in our home: Tarragon Chicken.

The first time I had this dish perfectly executed was in a little mountain town called Arrowtown which is in New Zealand of all places. It is situated near renowned Queenstown which is in the south island of New Zealand. This picturesque little place has plenty of international tourists and expats who decided to make it their home, and who can blame them? This area is visually stunning, it’s home to some of the best vineyards in the world, the best skiing, mountains, crystalline lakes, etc. … heck, it’s the actual Middle Earth (much of the Lord of the Rings was filmed there).

Okay, back to the chicken. One evening a few years back, I went out to a French Restaurant in Arrowtown that was run by the French, even the wait staff was French so my confidence was high when I saw Poulet à l'estragon on the menu, I absolutely had to have it and I am still benefiting from it to this day.  It created such an impression on me that I decided to recreate it once I got home. After much tinkering and experimenting I finally had it down to a science. My tarragon chicken dish is rich, intense and exquisite. I have yet to meet a soul that hasn't fallen in love with it. So if you want to elevate your roast chicken to something exceptional, you will adore this recipe.

INGREDIENTS:
Makes 4 servings
For the tarragon gravy:
For the Potato Gratin: 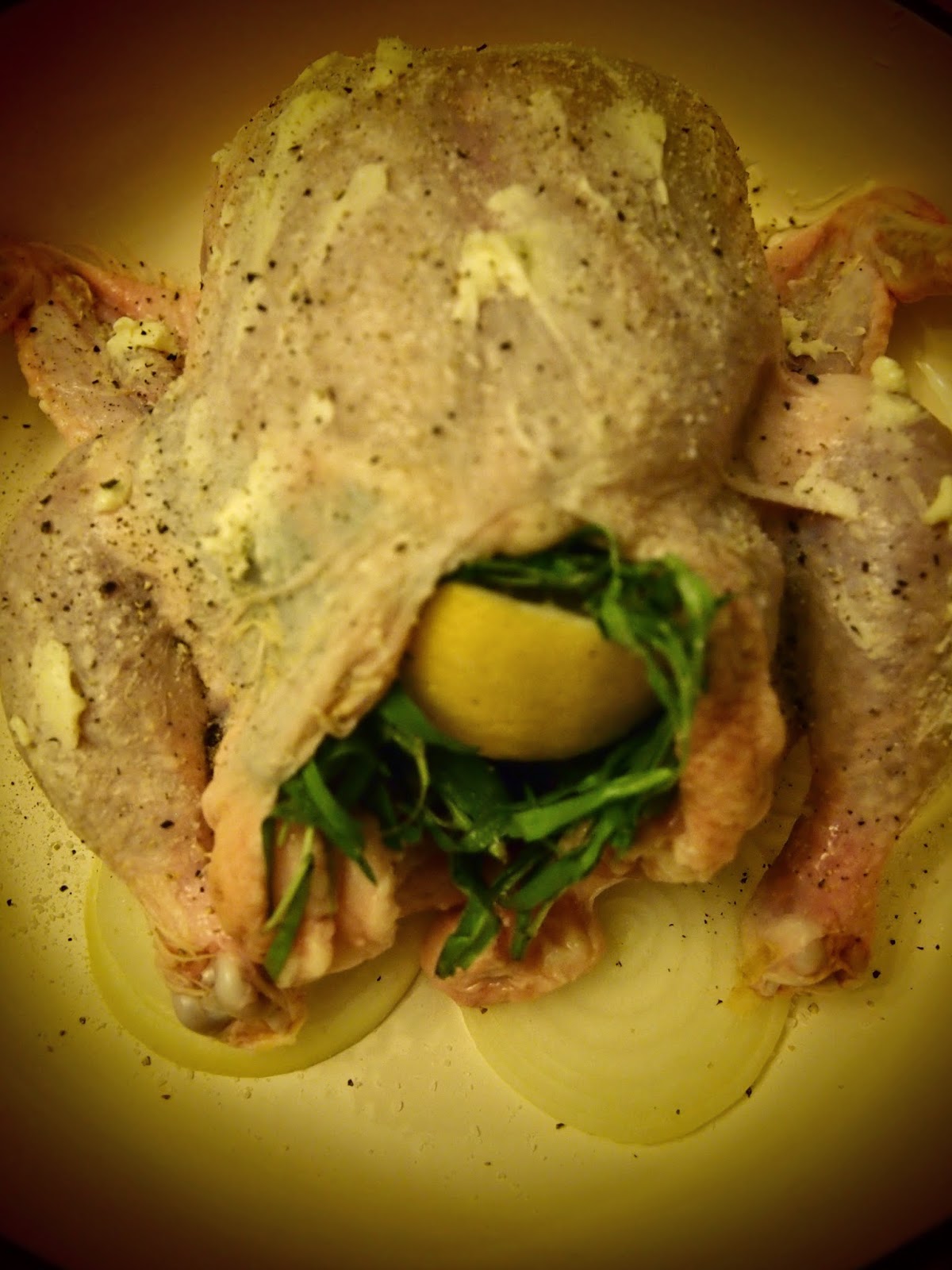 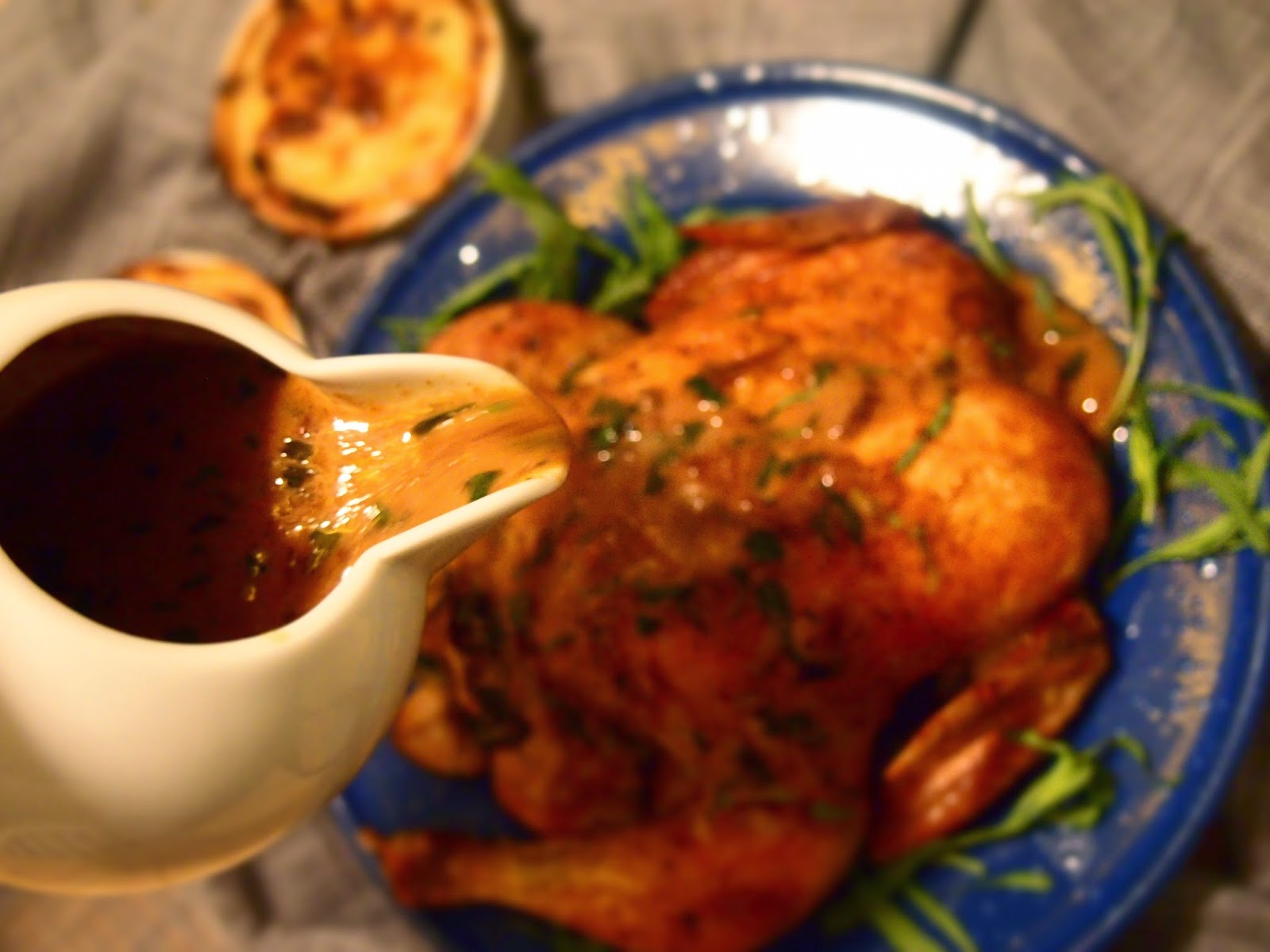 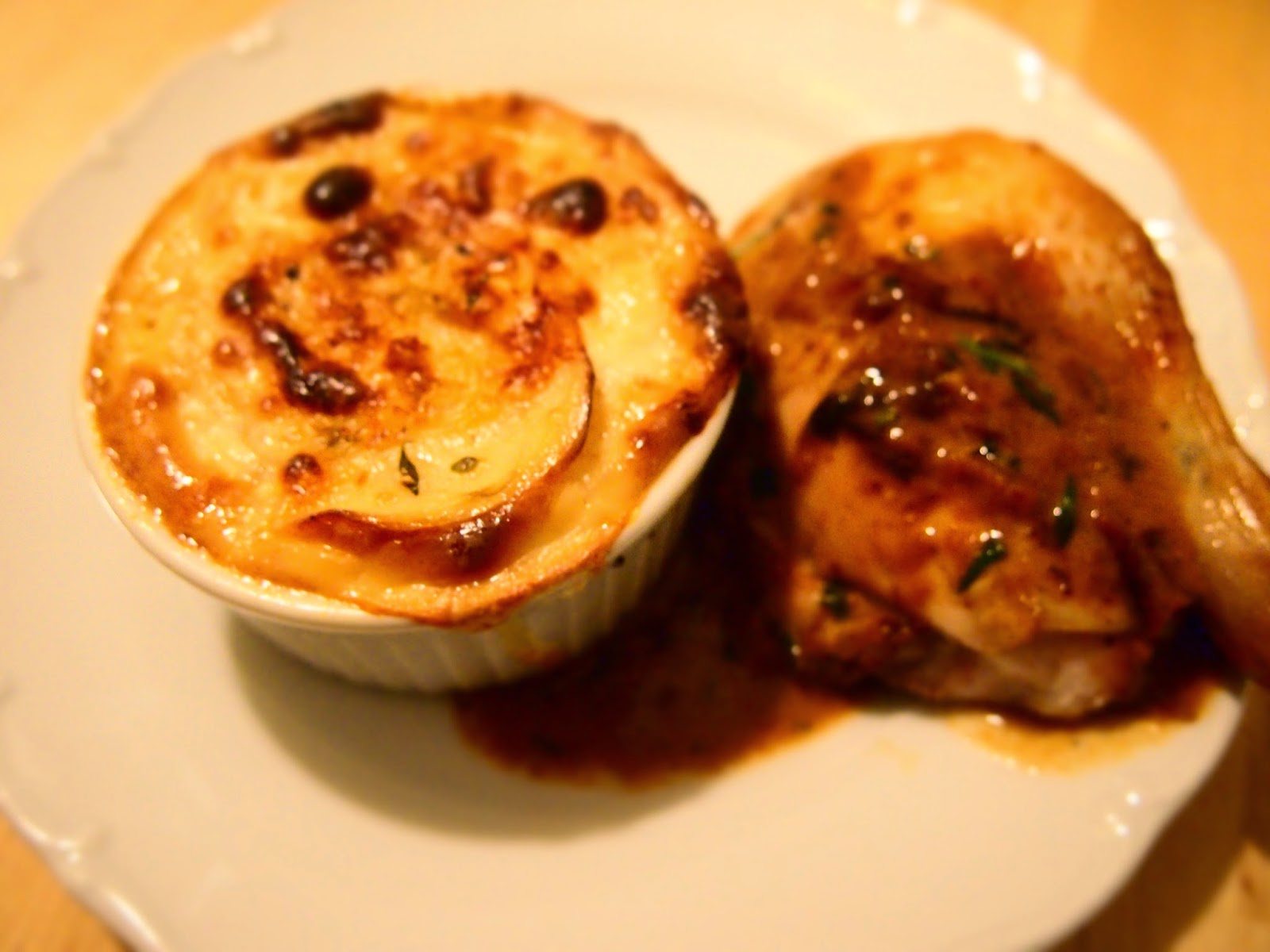