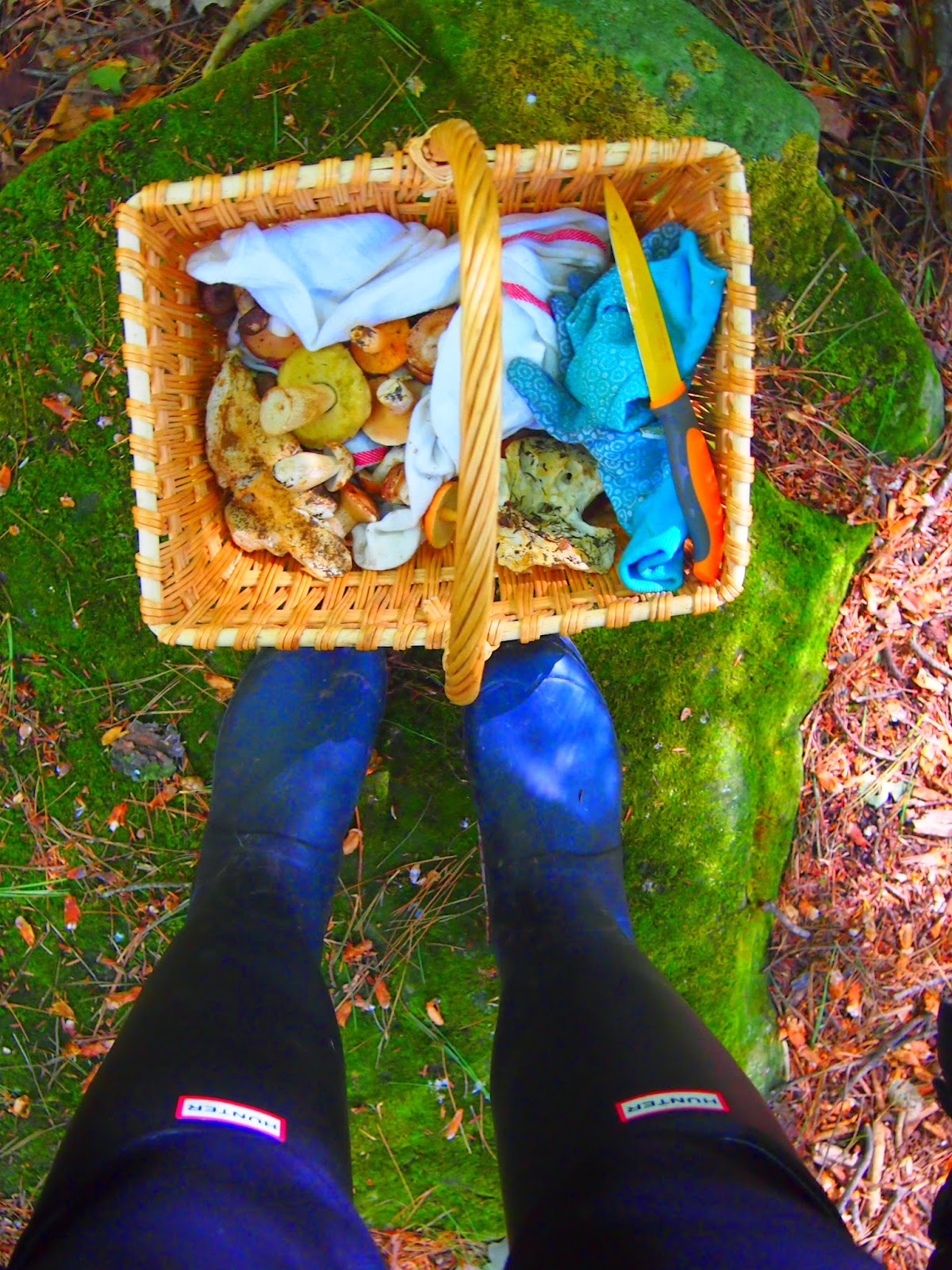 After a longish hiatus from Tatty Apron over the summer due to big changes that culminated in a move to a new city, I’ve been busy finding new local food sources and breaking in a new stove/oven. I am finally settled in and can give it my all once more.

I recently moved away from the big city and into a beautiful village surrounded by farms, which means that I have easy access to fresh produce, direct from the farm organic meat, and clean country air. So from now on I will be cooking with stunning local ingredients from in and around the tri-city area of Waterloo, Ontario. Given the abundance of awesome places I have already discovered in my reconnaissance mission over the past few months, I won’t be shy about showing them off and giving them the credit they deserve. 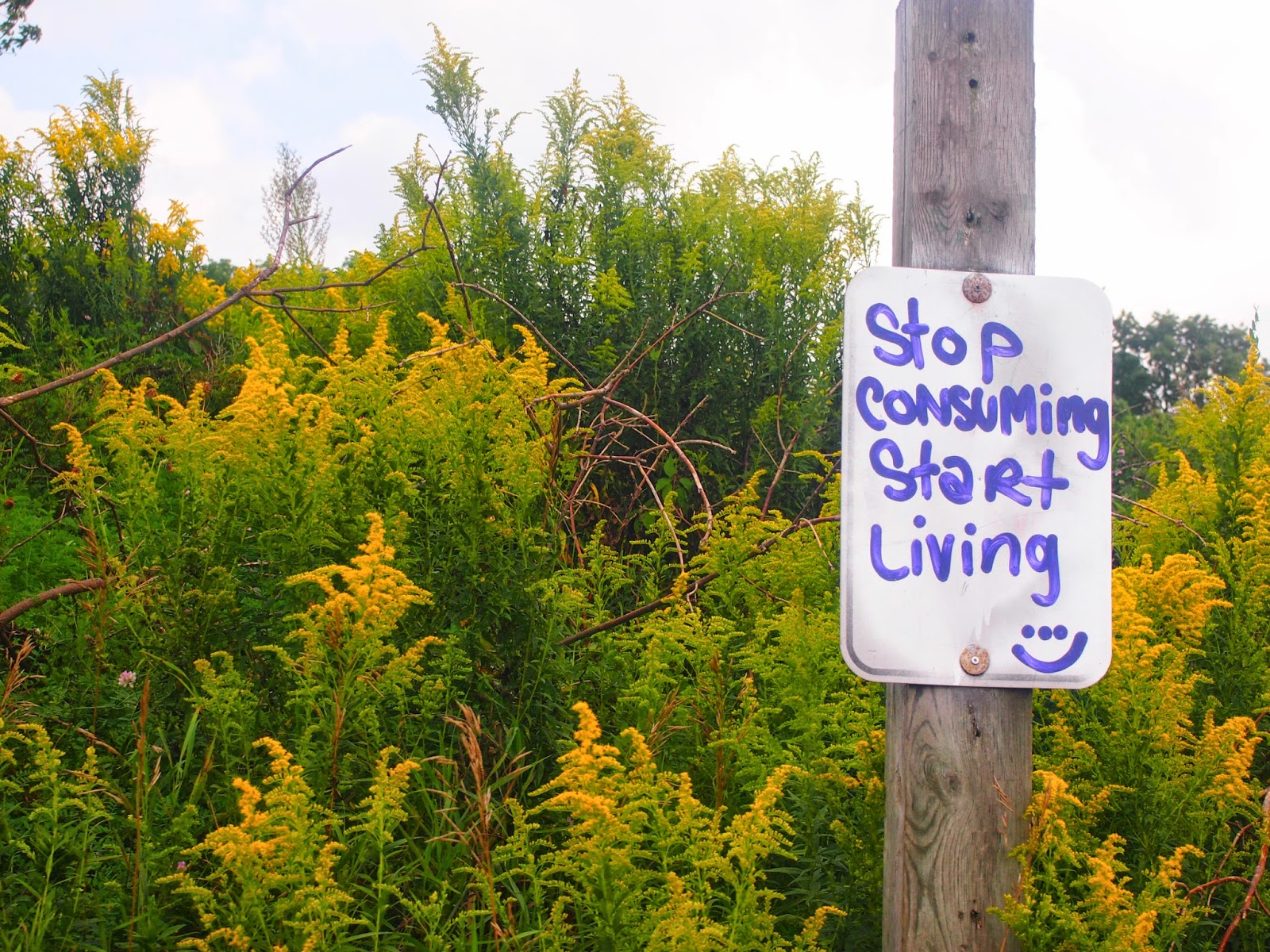 Now, let’s get down to food. In fact, let’s literally start from the ground, with mushrooms! Fungi are intrinsic to all life on earth! Much like love, they are mysterious, pleasurable, and sometimes downright dangerous, but always magical. It’s no secret that I am a love-struck fungophile. I love to look at them, pick them, eat them, photograph them, hell, I love them so much I’d marry them but alas, I’m already taken with a ‘fun guy’ (I had to go there, my apologies).

Luckily, there are a number of excellent places to gather mushrooms around this area. My favorite thus far is in the Halton Hills. I first went there with a group of Slow Food members and an expert mycologist towards the end of September. I wanted to expand my repertoire of edible mushrooms and understand the bounty of this particular area. Prior to this, I have gone out on my own in Germany, New Zealand, and Toronto where I have enjoyed picking and eating such outstanding mushrooms as Porcini,  Woodears, Dryad’s Saddle, Puffballs, and the Bear’s Head Tooth. I don’t recommend you go about it on your own because it’s dangerous. Case in point: on my foraging expedition with the renowned expert mycologist, what I learned above all else is just how much this guy didn’t know, just how much he was unsure of, and how inconsistent his knowledge was with that of other sources. Additionally, what he considered to be either inedible or of little culinary value, I along with many others would easily consider delicacies, i.e. the Slippery Jack. 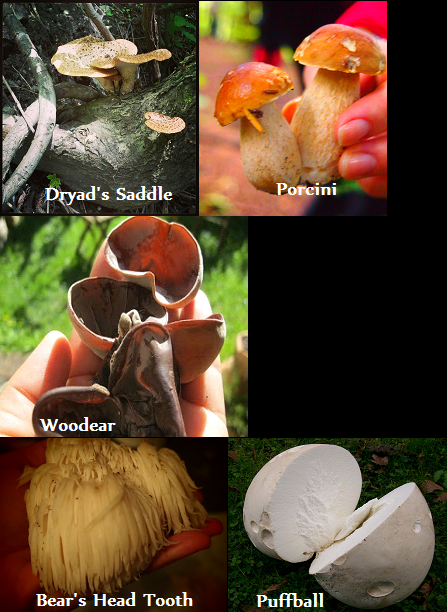 So if it’s so complicated and potentially dangerous, why bother? Well, my formula for picking mushrooms thus far has been based on a couple of principles: Do your research thoroughly, compare different sources, and pick only that which ABSOLUTELY CANNOT BE MISTAKEN FOR ANY OTHER KIND OF MUSHROOM. The mushrooms I listed above are perfect examples of this last principle.

Among the exceptional mushrooms I was able to add to my repertoire while in the Halton Hills are the Slippery Jack, the Ash Tree Bolete, and the Saffron Milkcap. It was also exhilarating to find Porcini and a pretty decent spread of brightly coloured Toad Stools, you know, the Alice in Wonderland mushroom. I was told by the mycologist that these magic mushrooms are toxic, however Reindeer do love to eat them, so if you want to filter out the bad stuff but keep the psychoactive part, you have to resort to drinking the Reindeer urine. Well I know for a fact that some Europeans love the Amanita Muscaria for its culinary merits. They simply remove the toxic components by boiling the mushroom for a period of time then toss out the water. They then fry it, or serve it with olive oil and vinegar, while others simply pickle them. Be careful, it can be deadly if you mistake one Toad Stool for another.
Once my basket was sufficiently full, I drove home along winding country roads past picturesque horse  ranches and cattle fields eager to show my partner the day’s harvest. And so I got on to the cumbersome task of cleaning them with a moist dishcloth and brush. Some will have worms, maggots or bugs so it’s best to rub off or cut these parts off. The only special treatment goes to the Slippery Jacks. You have to have their sticky slippery skin removed before cooking for textural purposes. Once cleaned, roughly slice the mushrooms making sure they maintain their shape when cooking, nothing too fine, I like to leave small ones whole or slice them in half. 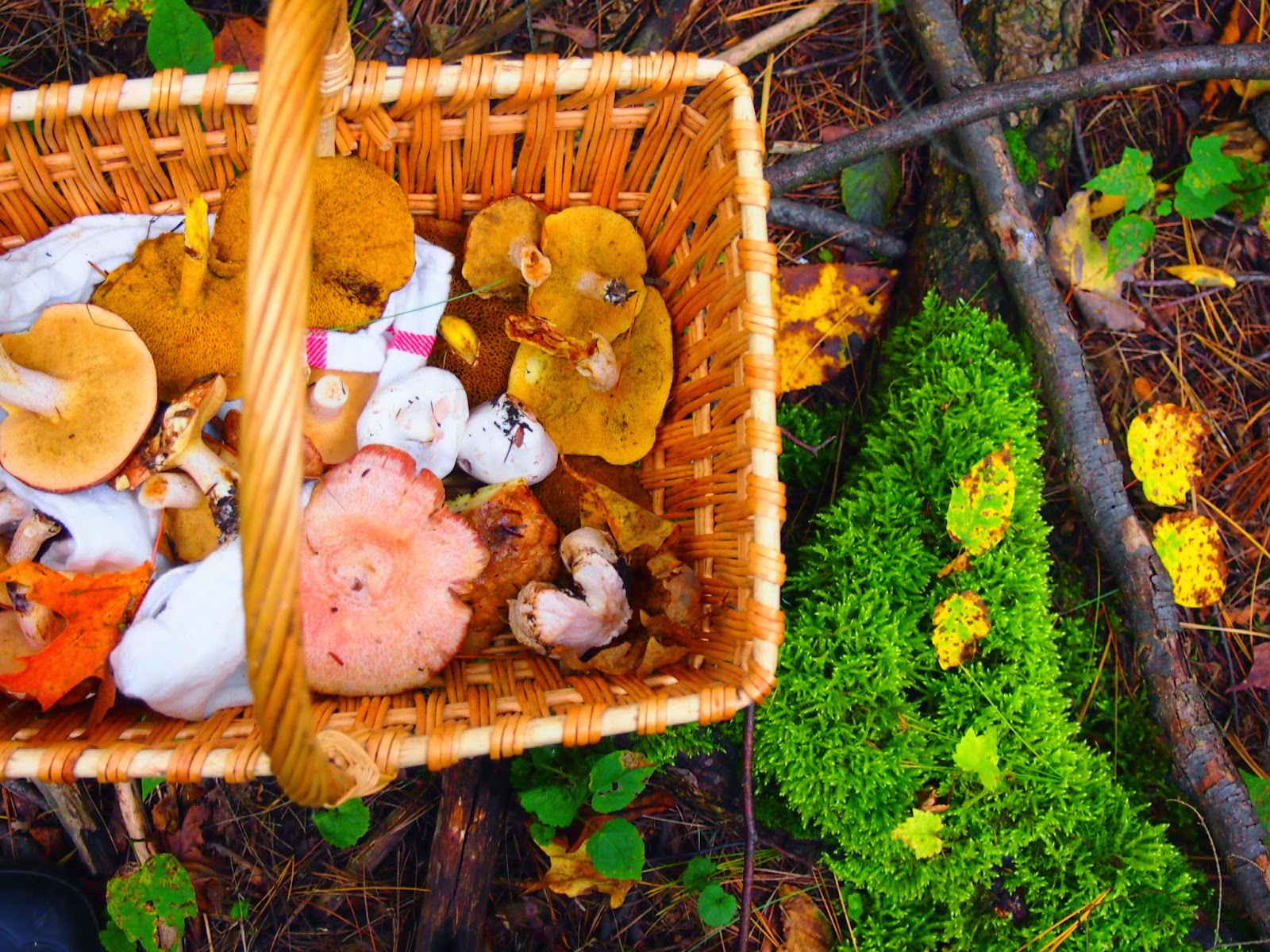 HOW TO PREPARE WILD MUSHROOMS

The best way to enjoy the flavour and texture of your wild mushrooms is to cook them simply:
· 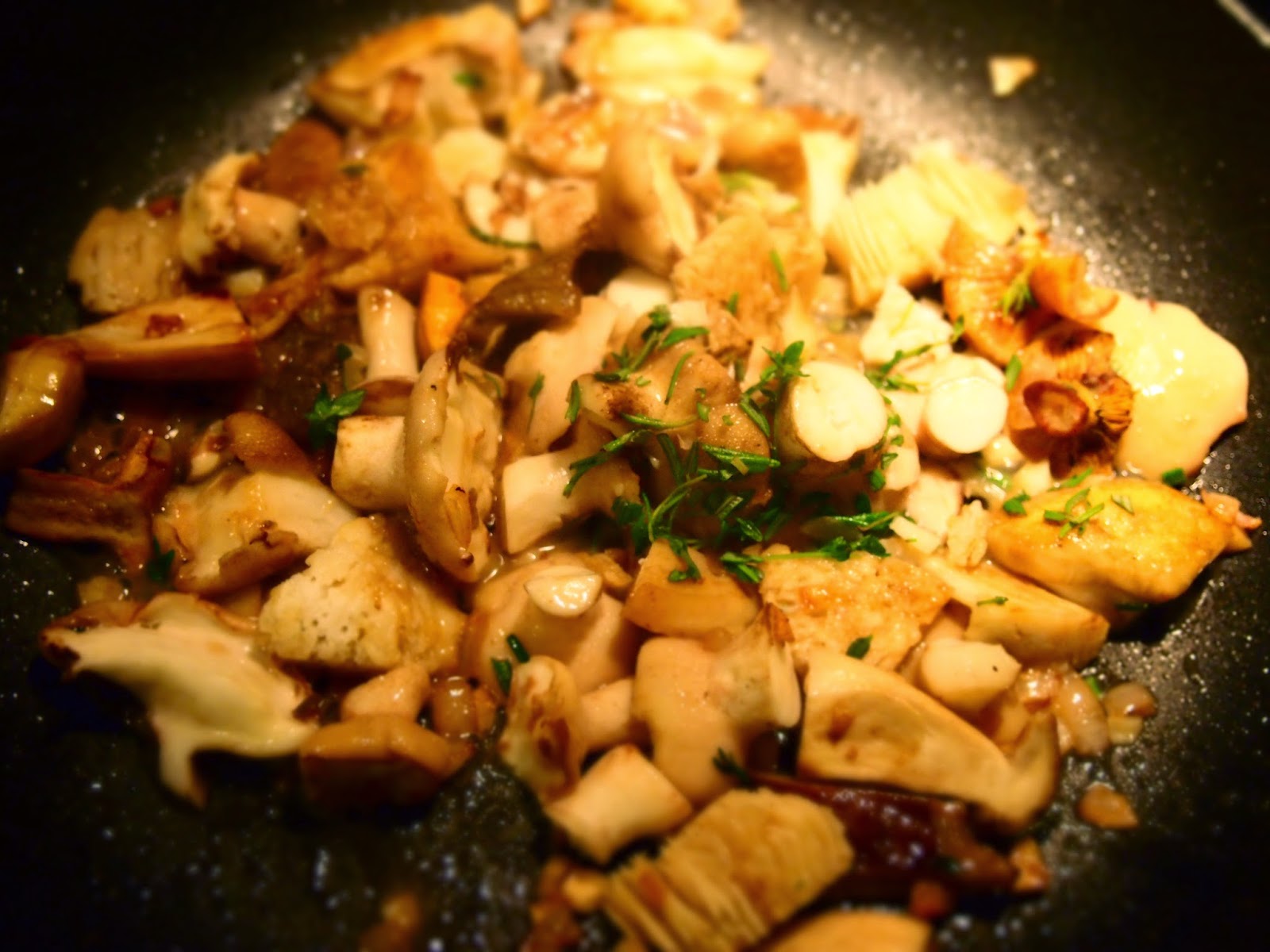 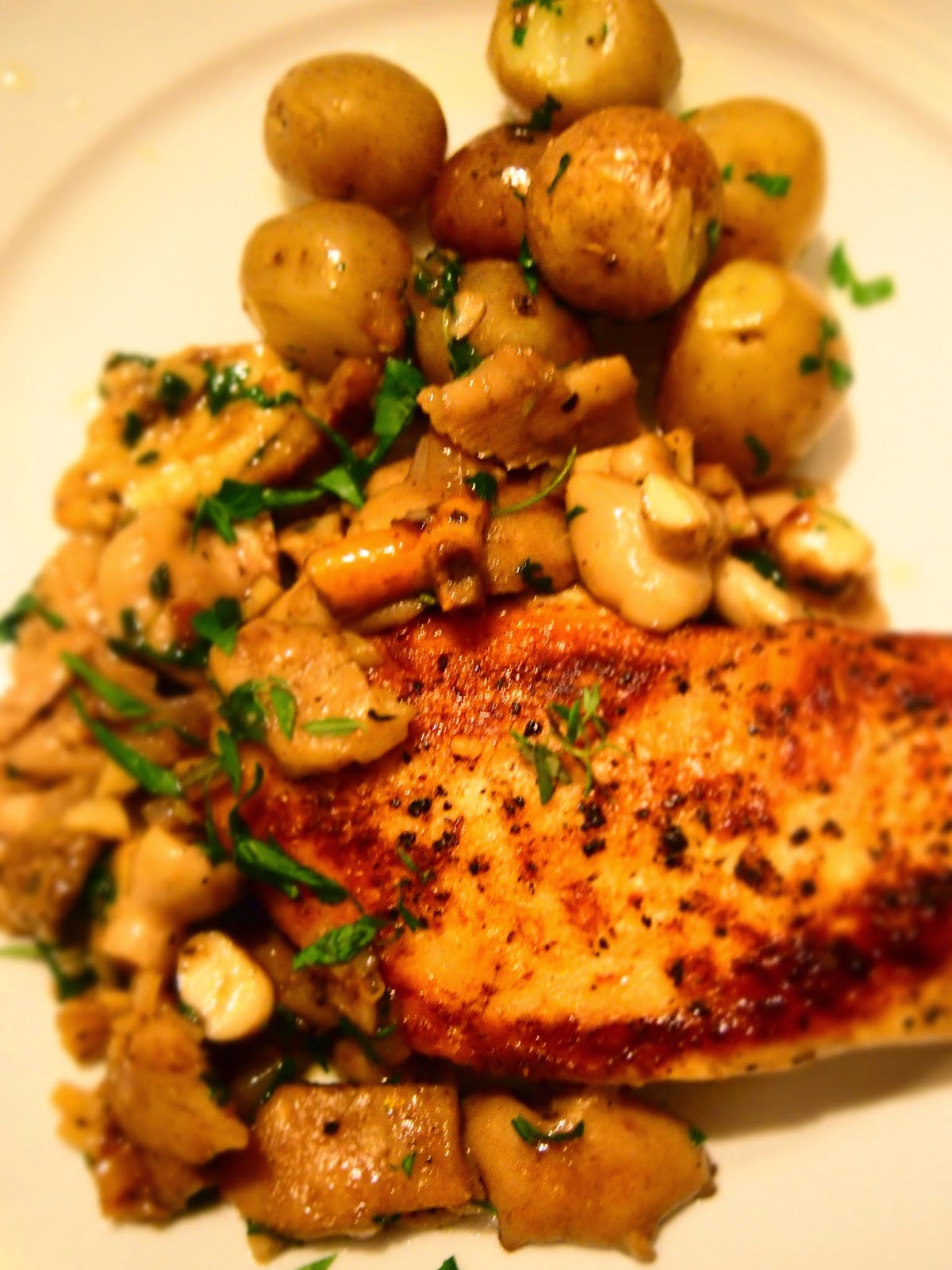